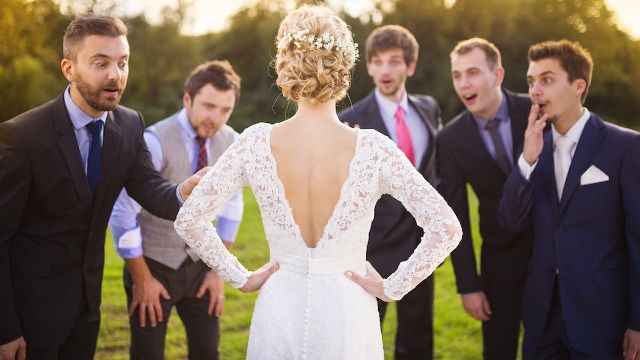 19 people share the absolute worst thing they've ever seen happen at a wedding.

While a certain level of drama can be expected when it comes to weddings, attending a true nuptial disaster can be a rare, illuminating, or unfortunately hilarious experience recounted at every family holiday for years to come...

So, when a Reddit user asked, "What is the worst thing you've witnessed happen at a wedding?" people were ready to share the most awkward, devastating, tacky, or downright crazy scenarios they saw as a guest at a cursed wedding from hell. Note: do NOT improvise your move when you cut the cake, do NOT experiment with chocolate fountains, and always eat before you decide to chug the open bar cheap champagne.

A fight broke out. Groom was getting married to his long enough time girlfriend and his children were not happy. They didn't appreciate the fact that their dad had moved on after the mom's death.

The mom had been dead 8 years, dad was with GF 3 years, all the kids are adults. Ever seen a 28 year old throw a tantrum like a 5 year old? You just can't look away.

The protested, interrupted the ceremony and complained the entire reception. There was a point where the father rounded up his 3 kids and chewed them out. He was just outside the main hall with the doors open so everybody is watching this go down. I feel for this guy, his kids are a*sholes.