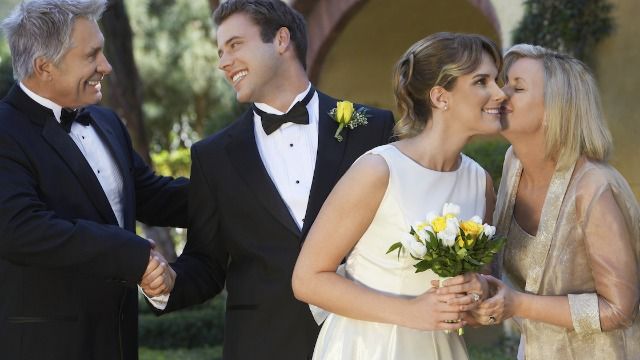 Weddings are criminaly expensive and it can be a massive disappointment when you realize that the wedding of your dreams is hilariously out of your budget, but charging guests to attend isn't a classy solution...

So, when a frustrated brother-of-the-groom decided to complain to the beautifully salty crew on Reddit's "Wedding Shaming," people were eager to roast this tacky couple.

Entitled brother expects guests to pay for his entire wedding...

I want nothing to do with my brother and his fiancé. They have done plenty of things over the years which have resulted in family and friends going bo contact but that's a whole load of other stories.

They were due to get married next weekend, they've had to postpone it. The thing that pissed a lot of people off was that if we wanted to go to their wedding we had to pay our share of the wedding. They didn't organize a cheap wedding neither, it was around $75k wedding. With the amount of friends and family going we would all had to have paid $500 each.

This wasn't discussed before hand it was just expected of everyone. Essentially, they paid for the wedding themselves via loans but expected everyone to pay their share so the wedding was free for them. My parents and her parents even offered to pay for the majority between them but my brother refused.