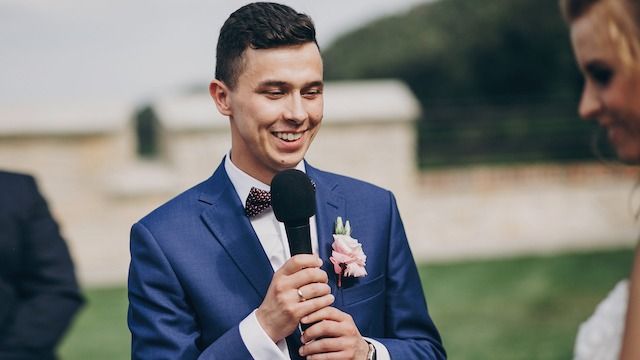 Groom asks if he was wrong to 'steal the spotlight' by serenading bride at wedding.

Imagine on your wedding day, the love of your life looks deep into your eyes and surprises you by singing a song that has a special meaning to the two of you. Now imagine you're pissed off.

If that scenario doesn't make any sense to you, you now know how Reddit user u/Aintnosunshinehear feels. He serenaded his bride with a beautiful song that everyone loved... except the bride.

Now, he's asking the internet, "AITA (Am I the As*hole) for singing a song to my wife at our wedding and making her angry?"

I just got married last week (my wife and I are both in our thirties). I am Mexican, and she is American, but we both grew up in the US and both our families know both languages.

My wife planned every bit of the wedding and was a very controlling and nervous bride, but alright, I get that she was stressed.

During the reception, I went to the band and asked them to play a song for me to sing to my new wife. It was "Te Amare" by Miguel Bose. It was the song from out first date in a really bad Mexican restaurant, so it became a long-standing joke between us.