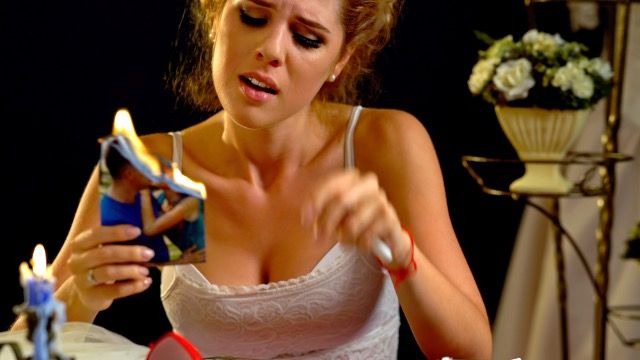 15 people share wedding red flags that scream 'this will end in divorce.'

We've all been to a wedding where we've thought, "This isn't going to last". What are the tell-tale signs at a wedding that a couple won't last the test of time? Well, the internet has some insight for us.

On a popular Reddit thread, people share some of the red flags they've seen at weddings that scream "This won't last".

What is the biggest "this relationship won't last" red flag you've ever seen at a wedding?

1. igotmyliverpierced that groom is one recession away from being single.

During the vows, the bride laughed at the "for richer or poorer" part and wouldn't say it. Somehow they're still going strong. I sure hope he never loses his job.

2. mang1982 experienced what might be the World Record for the longest wedding speech.

The father of the bride made a speech about how he saw his daughter 'organizing' the groom over time. Basically, instead of telling a story of their burgeoning love, it was a tale of how she began to control him over time. It was cringe-worthy and felt like it lasted 3 years.