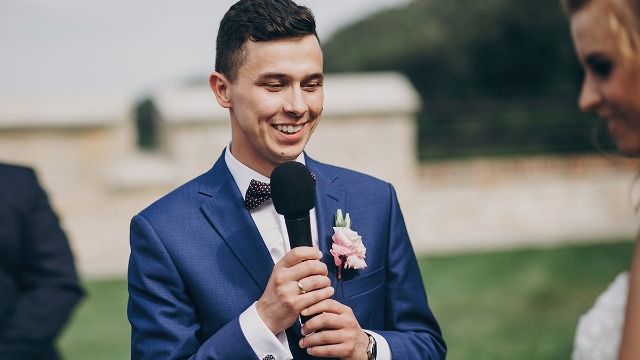 AITA for telling my wife she overreacted over a joke I told at our wedding?

My now wife and I got married days ago. I gotta say that I have a thing for comedy, I like to tell random jokes at random times. I intended on telling a joke at the wedding but my wife got worked up saying she didn't feel comfortable with it. I told her it wouldn't be one of those dark ones that we enjoy in private.

The wedding took place, and after saying our vows I jokingly said "Til dishes do us a part" instead of "Til death do us apart"...now the guests found this funny. My wife however, went off on me afterwards and started yelling about how I went out of line with this joke and said that I embarrassed her and made our start of marriage look like a joke.

I told her she overreacted over a joke but she got more angry and started giving me the silent treatment though she's occasionally saying I ruined the marriage since my family are now running with the joke.