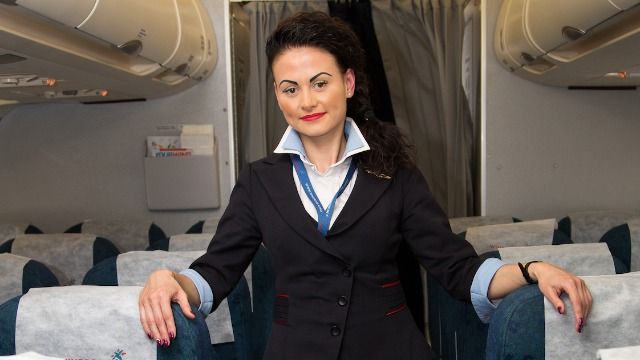 19 airline crew share stories of the weirdest things they've seen during a flight.

Maybe it's being confined to a metal tube that's hurdling through the air at an enormous speed. Or maybe it's something in the water (don't drink the water on flights, btw). Whatever the reason, air travel seems to bring out some of human beings' weirdest—and worst—behavior. Nobody knows this better than flight attendants, pilots, and other people in the business of air travel.

In various Reddit threads, flight attendants and other airline crew were asked the "weirdest" and "most bizarre" things they've ever seen during a flight.

Here are 19 stories from airline crew about the craziest, weirdest, and most disturbing things they've seen while up-in-the-air:

Well... Two Asian men, one in his 30s and the other in his 60s, almost got in a fight on a more than half empty flight from SFO to Osaka because the 60 year old man was not happy that the younger guy was using the pillow from the empty seat.