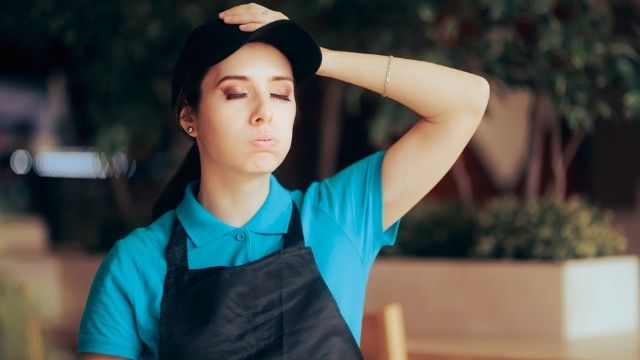 Fast food employee uses managers words against her so she doesn't have to work late.

Dealing with management is the worst part of any job. Poor communication, micromanaging, and disrespect are just a few things managers do that make working even more unbearable than it already is.

On a popular Reddit thread in the Malicious Compliance Subreddit, one woman takes advantage of a rude manager's choice of words.

So I work at a Canadian coffee chain called Tim Hortons, basically Canadian Dunkin Doughnuts. I was about halfway through my shift the other day when my manager Kathy came up to me while I was busy and said, 'you’re staying late because you owe me a favor' and walked away. Someone had called out, and she wanted me to cover part of their shift.

Now, if I stayed late, I’d be working twelve hours, and I’m on my third straight day working out of five and had to be up early the next day for another shift. Not to mention I didn’t even owe Kathy anything. The 'favor' she’s referring to is when she sent me home early because we weren’t busy, which she had to do, or she would get in trouble.