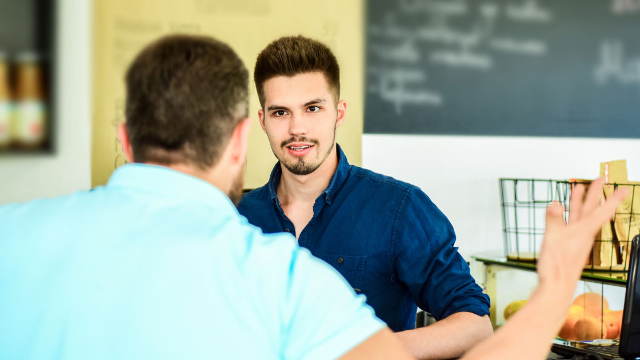 People are responding to video of guy quitting job at Starbucks by playing song he wrote.

When Anesti Danelis quit his job at Starbucks earlier this week, he didn't just give his two-week notice in writing, he did it in song. Anesti signaled the end of his time at the Canadian Starbucks where he worked for several years with a little song called, "Fuck this, I quit."

Anesti prefaced his performance by letting his coworkers and customers know that he loved them, but that his song was directed at his manager.

"Dear manager, I've been working here for so long," Anesti sung to the crowd gathered at the Starbucks on his last day. "I've got something that I want to tell you, so I thought I would say it in a song...Fuck this, I quit!"

So I quit my job today... through the power of music ✨🎸 pic.twitter.com/BRIlL3K3xk

"Fuck this place, I quit!" he continued to sing. "I don't want to work for someone who treats their employees like shit."