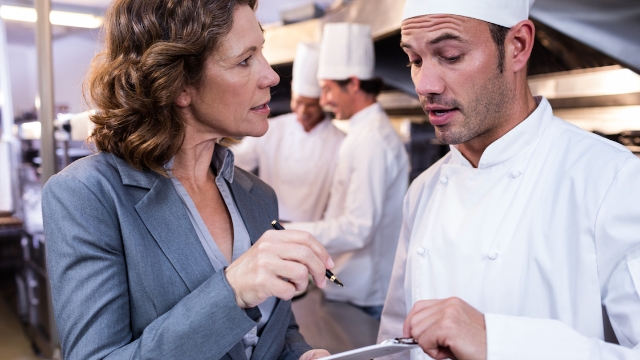 Racism is a common problem in the U.S., but due to our country's deeply racist history and flawed justice system, racists rarely receive the justice they deserve. But on the rare occasion that they do, it is a beautiful thing to behold. A story going viral on Reddit this week is about a racist restaurant manager receiving her Just Desserts and it's just about as sweet as you can imagine.

The woman who shared the story used to work as assistant manager at a "fairly well known restaurant" in a "small, northern New England city."

Racism?! In the restaurant industry in New England?? Why yes, I believe it.

I worked at a fairly well known restaurant in a small, northern New England city as an assistant manager. The owners were very successful restaurateurs with several successful (non-chain) establishments, and spent maybe a day or two a month in our location. The rest of the time there was a general manager in charge. We'll call her "Jan".

The story focuses on the restaurant's general manager, who we're calling "Jan."

Jan was about as "type A" as they come. She was a middle aged woman, but beautiful and petite and she always looked put together and primped. Jan had started with the owners a decade earlier in their first restaurant as a server and had worked her way up to general manager over the years. At first I just thought she had extremely high standards which I respected. I have high standards as well and take pride in my work. I had been impressed by how the kitchens were spotless, the staff was immaculate (like run a white-gloved hand under the back of the oven and it comes back white kind of clean) and the food was always top quality. I had frequently been a customer and was thrilled that I got the job there. I had been in the business for a decade and that restaurant was THE place in our area. I was so excited. Unfortunately I quickly learned why everything is so shining and perfect.