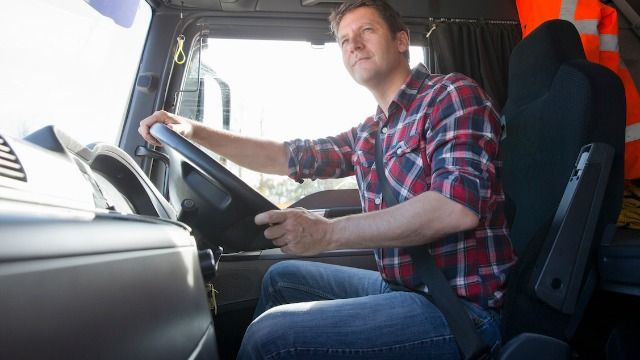 17 truckers share the weirdest thing they've ever experienced on the road.

Driving trucks long distances for a living might seem like a boring job. But in reality, it's anything but boring. Turns out, spending a lot of time on the road can lend itself to some bizarre, inexplicable, and in some cases terrifying experiences. Anytime I see an AskReddit thread about truckers, I know I'm in for a ride, and this one, asking truckers to share "the weirdest thing you’ve ever experienced on the road" was no exception.

So buckle up and enjoy these 17 stories from truckers who've got way thicker skin than most of us:

I’m from a trucking family and this is one my step dad told us about one night. He was down in Portland dropping a load off, it’s the middle of the night and he’s wanting to find a place to bunk up. Well as he’s getting in his truck he finds some dude just chilling in his passenger seat. Dad asked him what he was doing and the guy said he’s never been inside one before.