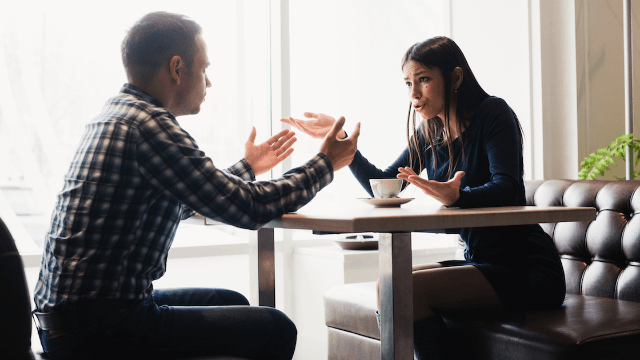 Cheating boyfriend gets destroyed by his hilariously calm GF. An eavesdropper live-tweeted everything.

Sometimes you find yourself seated near a couple having a fight or enmeshed in some sort of drama. It's not usually fun, because having to hear the arguments of unhappy people can be really uncomfortable. But every so often, if you're lucky, you get to overhear conversations so good they sound like they were scripted.

That's what happened to a Twitter user named Ashe Dryden. She was sitting in a restaurant at a table directly next to a woman who she soon learned was confronting the boyfriend she just found out had been cheating. There were no tears, no yelling, no pleading—just one woman eviscerating the man who was dumb enough to think he could juggle two women at once. The woman's wit and composure were so amazing, Dryden started live-tweeting the whole conversation.