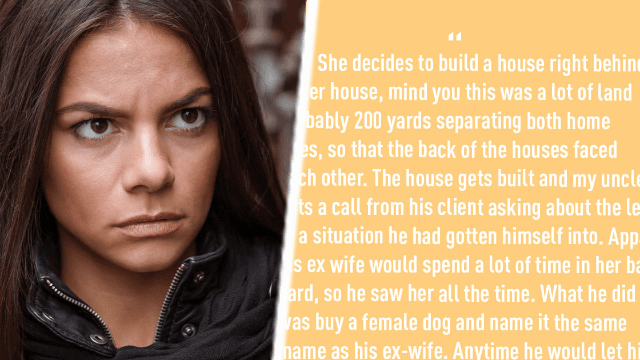 Divorce lawyers share examples of some of the messy splits they've dealt with.

Breaking up is hard to do. Marriage especially, because it involves the splitting up of financial assets, property, and custody. And it would seem that a lot of marriages do not end amicably or with a serene "conscious uncoupling"—nah, husbands and wives split up with rage, revenge, and contentiousness.

People familiar with divorce, either through living through one, witnessing their parents go through one, or because they are divorce attorneys, shared with the greater Reddit community the most nasty, spiteful, and bitter things they've seen uncoupling couples do to each other.

1. bulldog321 worked with a pilot who flew the not-so-friendly skies, it would seem.

I did some consulting work for two divorce attorneys when I was in grad school.

Their client was a career airline pilot. His wife worked part time so there was a huge income disparity. It was an ugly divorce.

During the process but before the final decree, tax time rolled around. The wife's attorney calls my guys and says, "Her accountant just called. If they can just share their W-2's and file jointly, they each stand to save about $8000 over married filing separately."

My guys took that info to the husband. He says, "Fuck her. Losing $8000 is going to be way worse for her than it will be for me." Cold as ice, man.