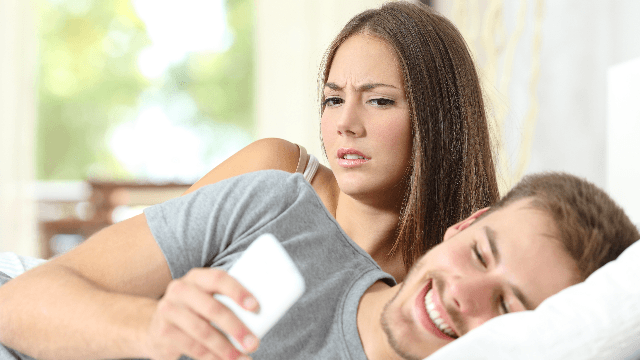 12 people explain why they got back with their cheating ex. People change, right?

Because humans enjoy their fair share of schadenfreude, cheating stories can be good fun in the same way that watching a pimple popping video can be: painful, gross, sad, and totally unrelated to you. But what happens after the cheating comes out? Well, often a lot more cheating.

On Reddit, a number of people shared their experiences of getting back together with an ex after the ex cheated. These are tales of love, loss, then more love and loss.

He's no longer my SO, but I feel like I need to share this for others to hear.

He cheated on me with my best friend at the time. I ended the friendship rather than the relationship, because I thought his honesty in coming forward to admit his wrongdoing was noble and deserved another chance.

He unfortunately took my forgiveness as "Oh! I can get away with it and get off scot free!" After I forgave him, he CONTINUED to fuck said "friend" on the side, made out with my OTHER close friend, hit on several of my other friends, and then ultimately asked me over the phone for a "hall pass" so he could sleep with his coworker.

I had been with him for about a quarter of my life at the time, and was so invested (or comfortable) in the relationship that it was very, very difficult for me to break it off, despite his infidelities and overall shitty-ness. I finally grew a pair and told him to fuck off, and haven't spoken to him since.

After breaking it off, I had several great relationships, both casual and serious, I learned a lot about myself and what I like/dislike and accept/don't in a relationship. AND I learned that sex is supposed to be enjoyable for BOTH parties. I am now engaged to a wonderful man who actually gives a fuck about me.

Moral of the story: It may not be true in all cases, but be aware that some people take forgiveness as getting off the hook for shit, and will continue to abuse your kindness and understanding to run around on you. And please be aware of whether you are in a relationship because you it is actually fulfilling, or because you're just comfortable.