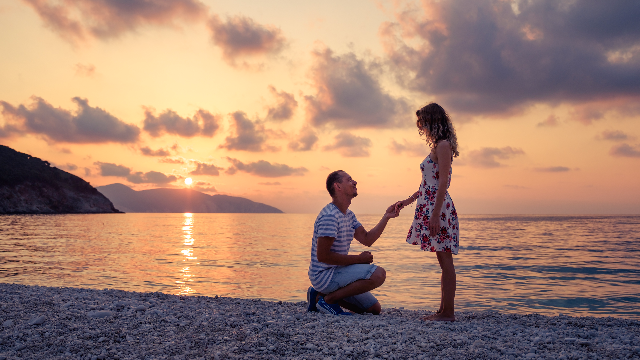 Sneaky guy gets his girlfriend to wear her engagement ring for a year before popping the question.

The world's sneakiest and most confident boyfriend spent a year and a half proposing to his girlfriend, Anna, who had no idea—despite the fact that the ring was bouncing around her neck the entire time.

The scheme began in 2015, when Terry crafted a necklace for Anna on their one-year anniversary, according to their ridiculously well-planned YouTube video. She loved it, and "proceeded to wear [it] every day and everywhere we went."

Guess what was inside that necklace? Yup. Over a year later, he took it off her neck, opened it up, and bam—the ring. Who could say no to that? She said yes, but she also said, "I COULD HAVE LOST IT YOU F***** IDIOT!”

It's true what they say, true love is blind and full of anger.

Go ahead and watch the romantic video, but if you're going to try this trick, you better keep your S.O. off the internet for a year. Otherwise they'll see this video, look down at their necklace, and break up with you over plagiarism.