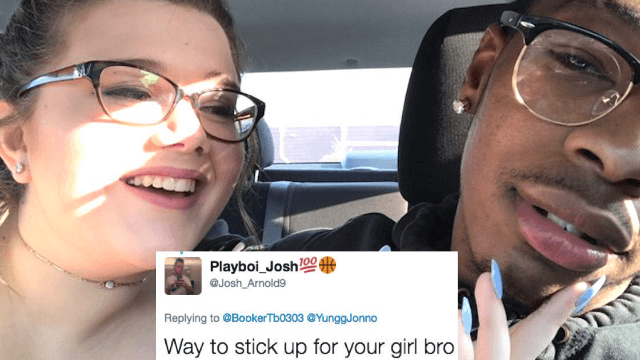 Boyfriend goes viral with perfect response to his girlfriend getting fat-shamed at prom.

Tre Booker and his girlfriend Madison are one of those publicly sappy couples, and that's okay. They have a very good reason to be.

A lot of people call me soft because how much I post about you..It doesn't bother me.. just want every one to know how much I love you 💯❤️ pic.twitter.com/90vOEttdpS

The teens recently attended prom together, and they looked phenomenal and very, very happy. But the internet can be cruel, and after Madison shared her prom photos, someone fat-shamed her on Twitter.

Don't see how people can be rude to people they don't even know pic.twitter.com/wx7cu7OGgp

"Don't see how people can be rude to people they don't even know" she tweeted, along with a screenshot of the stranger's comment, which reads: "Wow he loves you even though you're fat."