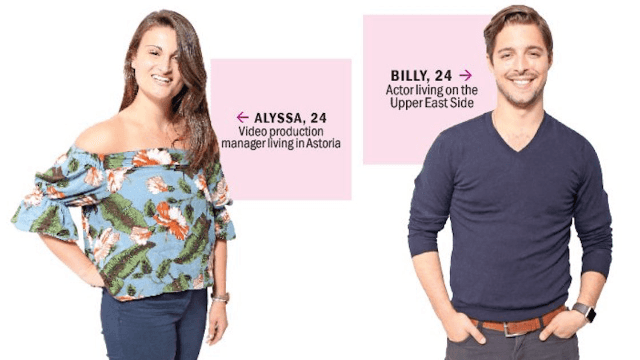 Guy who whined to a magazine about his date's steak order gets himself thoroughly roasted.

TimeOut New York magazine has a feature called "The Undateables," where each week they take two people who think they're totally undateable, and set them up on a date. Because nothing increases the likelihood of a blind date going well than two people who swear they have dating issues.

This week, they set up Alyssa, 24, with Billy, also 24, both of whom are attractive humans with roughly symmetrical features and no noticeable open sores or wounds. TimeOut asks them each to explain why it is they think they're single. Alyssa says she's "picky" and "has trouble finding someone with a good sense of humor" (ugh, if only men were funny); Billy blames his "busy schedule" and claims "it takes more than just a beautiful woman to turn his head." He doesn't elaborate on what it does take to turn his head—a really big dog? A car accident? A beautiful woman who also happens to be carrying her framed law degree with her as she strolls through the park?