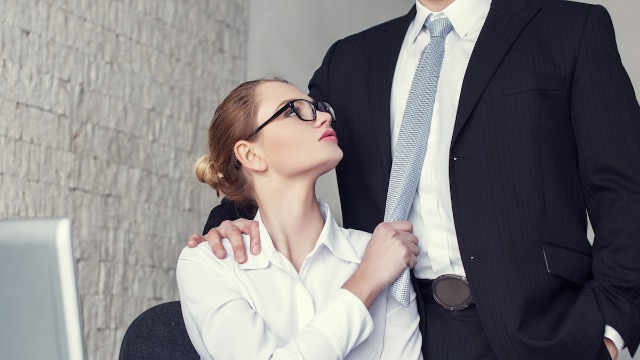 19 people who dated their boss, teacher, or someone else 'off-limits' share their stories.

Dating someone in a position of authority—like a teacher, professor, boss, or manager—is generally considered "against the rules," according to society and also the HR department. It's a good rule, since everyone knows romantic entanglements at school or work can end badly for both involved parties as well as their co-workers or peers. But that hasn't stopped many people from breaking the rules in the pursuit of love, lust, or simply a way to make the work day a little less boring.

Someone asked people of Reddit who dated "someone off-limits (teacher/student, boss, etc)" to share how it ended and if they have any regrets.

These 19 romantic rule-breakers share their stories of "off-limits" romantic dalliances, some more regrettable than others:

When I was in the Air Force and a low ranking Airman, I dated a Colonels daughter. We had a good time and he gave her a choice, stay with that nobody or full ride to the U of Missouri. She dropped me like a bad habit.