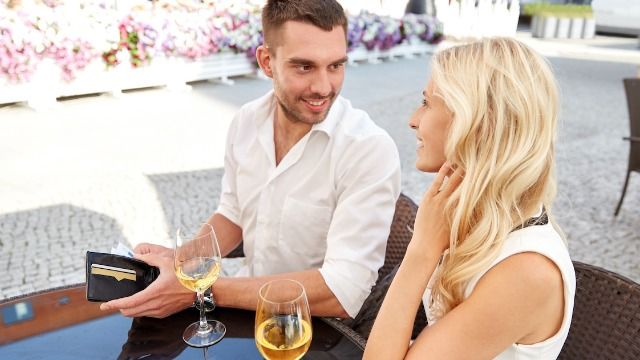 Guy's text asking woman to Venmo him for her portion of their date sparks debate.

Dating is a ritual that has evolved since our parents and grandparents' were young, from a guy asking a girl's father if he could take her to the town dance, to two people swiping right on each others' faces on a tiny computer screen. And while gender roles have certainly evolved in the context of dating, there are certain old-fashioned traditions that prevail, like—in heterosexual dating—the idea that the man pays for the first few dates.

Some couples opt to go "Dutch" and split the bill 50/50. But many others, both male and female, still believe a man should pay for dates early on in the courtship process. Maybe it's a little bit sexist, or maybe it's compensation for the wage gap. But either way, it's important both people are on the same page, or it can lead to some sticky and uncomfortable situations, like this one: