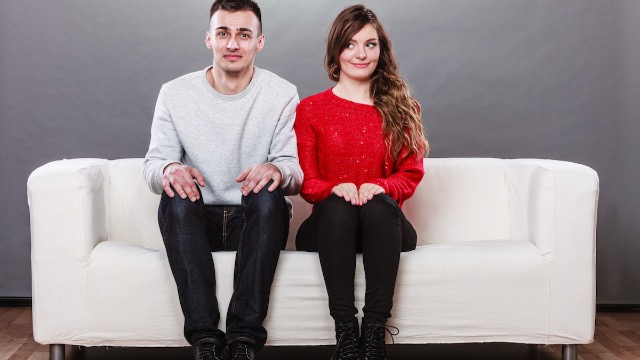 14 women share stories of guys failing to pick up on the obvious hints they liked them.

Single women who date men: if you like a guy, you should probably just tell him. Because if you're dropping hints, it's quite likely he won't pick up on them. Sure, rejection sucks. But it's better than missing out on a potential romance just because a guy failed to read your signals. It's not their fault. They're born that way.

Someone asked women of Reddit: "has a guy failed to notice your obvious hints, if so what's your story?"

These 14 female-identified people share stories of the times guys didn't quite get the message they liked them:

I asked a crush if he wanted to go on a date with me. He said yes.

He thought he was hanging out with a friend. Had to tell him right then and there that I had a crush on him.

When I first met my husband, he rode a Triumph. Motorcycles were always (and still are!) a huge part of his life. So, very obviously dripping with double entendre and all but waggling my eyebrows lasciviously, I go “so.... when are you gonna take me for a ride on that beast of yours...”

Aaaaand he told me, dead serious, that he doesn’t take passengers on his bikes because he doesn’t want the responsibility and even removed the passenger pegs. I think I detached my retinas rolling my eyes that hard.

The first time we slept together, I was staying the night and like a gentleman (and I really do appreciate this - that he didn’t assume) he offered to put me up on the couch, showed me where the bathroom was etc. so I go “maybe ...I can just sleep with you?”. that one he managed to snag as it was sailing by.