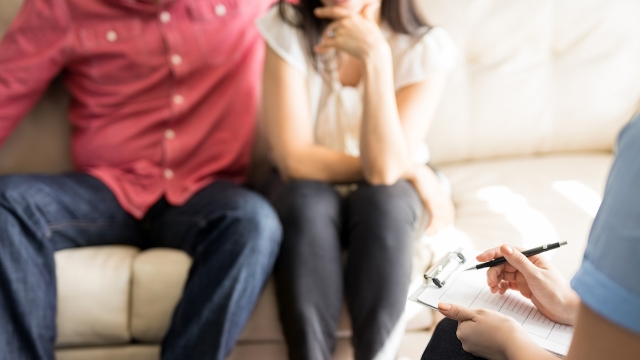 Woman asks if she's wrong to file complaint against couples therapist who ended up marrying her ex.

The job of a couples therapist is to help a couple work on problems in their relationship, or to help keep things running smoothly. Much like individual therapy, it's a hugely useful tool that more people should utilize. Unfortunately, this post might not help with that last part.

A woman shared her story on Reddit about her ex-boyfriend marrying the couples therapist they were seeing during their relationship. Yikes. She is asking if she would be in the wrong to report that therapist to the American Counseling Association, which could potentially get the therapist fired. The internet is pretty heavily in favor of this woman filing a complaint; let's see if you agree.

During their sessions, the woman says her former couples therapist had an "extremely judgmental attitude" towards her, and prioritized the feelings of her then-boyfriend.

In 2017, I (F25) saw a couple's therapist with my then-boyfriend (M36). After 3 sessions with her, I refused to return due to her blatant flirtatious behavior and extremely judgmental attitude toward me, which my ex-boyfriend called me delusional for pointing out. She had told me that I seemed too immature, not ready for therapy or a serious relationship. The whole thing was focused on my ex-boyfriend and his complaints about me; she never asked about my feelings or perspective in the relationship.