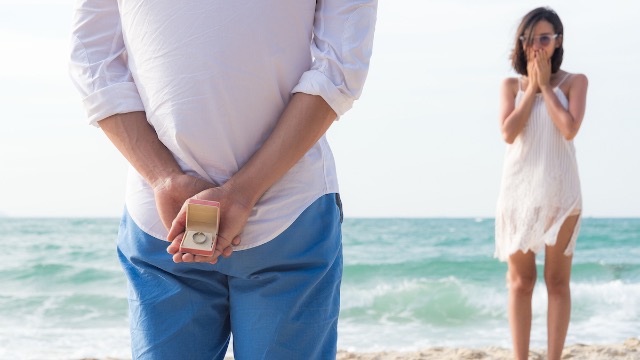 We live in a society that is obsessed with the institution of marriage. As a result, many people, particularly women, are raised with a ridiculous set of expectations about how everything should go, from the engagement to the wedding to all 1,000,000 activities in between. These high expectations often pave the way for entitled and demanding behavior surrounding the process, aka the "bridezilla" phenomenon. And thanks to social media, we now get to bear witness to a lot of this bridezilla behavior in real time. Like the bride-to-be who is being criticized on Reddit for her public post complaining about her boyfriend's "pathetic" proposal.

This might be a legitimate complaint had her boyfriend hidden a dollar store ring in her cup-o-noodles (which would frankly be kind of cute aside from the choking risk). But nope.

The woman's gripe is that her fiancé, who is in the Air Force (thank you to our troops!), proposed to her "in front of an airplane."