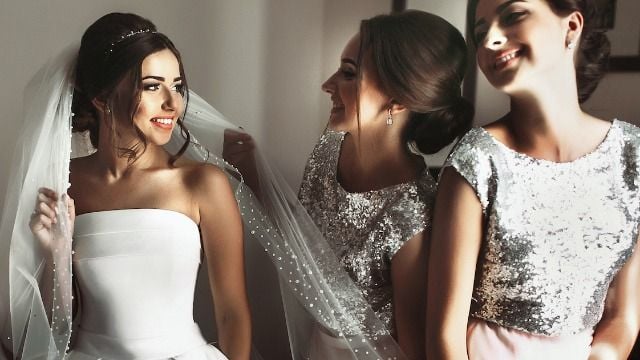 Bride asks if she’s wrong for not wanting fiancé’s female friend to be bridesmaid.

Nothing tests a relationship like planning a wedding together.

One bride took to Reddit's "Am I The A**hole?" forum to ask commenters to weigh in on a dispute she's having with her fiancé about his female friend's role in their wedding party.

The controversy revolves around the groom's friend, "Maya," who apparently "doesn't mesh" with the bride. There's "no heavy animosity," they just don't get along.

My (f26) fiancé (m28) have been together for four years. He’s been friends with “maya” (f30) for six years. They’re fairly close but she doesn’t like me much. It’s usually not an issue, some people just don’t mesh. We don’t mesh.

There’s no heavy animosity and we can be near each other fine, we just don’t talk when we are. We don’t actively hate each other, just prefer not to hang out together. She isn’t against us getting married and likely would say yes to being a bridesmaid to make him happy but isn’t pushing for it herself