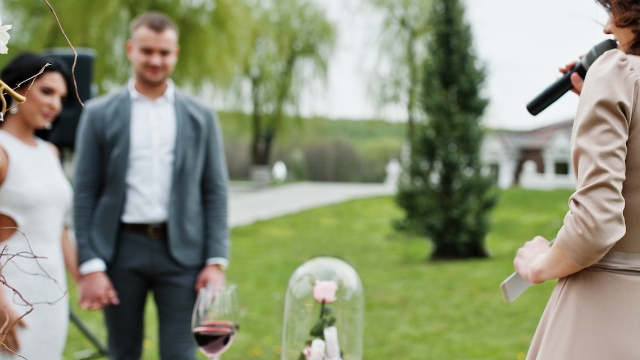 Weddings are complicated and stressful and put an extraordinary amount of pressure on everyone, especially the bride (thanks, society!). This may explain the ongoing epidemic of "bridezilla" behavior—but it doesn't necessarily excuse it.

A bride-to-be took to Reddit to share a story in which she comes across as a bridezilla for being upset that her soon-to-be step-daughter wants to make her wedding speech about her late mother.

The bride explains that her fiancé has a 15-year-old daughter with his late wife, who passed away two years ago. The bride met her soon-to-be husband and his daughter before the wife passed, which has made the girl "incredibly distrustful" of her—even though she insists nothing happened with her fiancé until after his wife passed.

So my fiancé (37M) and I (30F) are getting married in April. He has a 15 year old daughter who currently lives with us but will be moving in with her grandparents soon for school.

Her mother (my fiancé’s first wife) passed away 2 years ago from cancer. I met my fiancé while he was married but nothing romantic happened between us until after she passed. However just the fact that I’ve met his daughter as a family friend during that time has made her incredibly distrustful of me, even though we never had an affair and I’ve made that very clear to her.