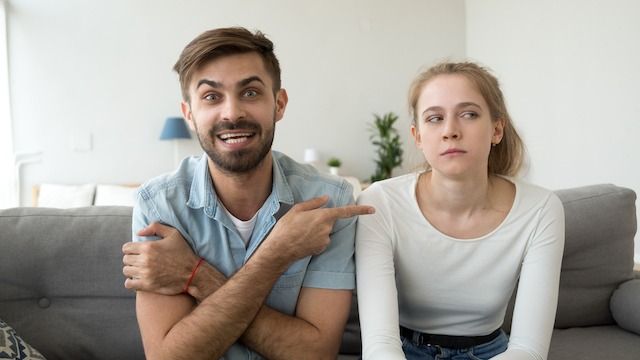 Husband asks if he’s wrong for teasing wife in front of friends about pooping pants.

Is it ever OK to take an inside joke out in public? That's the question Reddit user u/throwitawayforgetit4 is asking regarding a recent argument he had with his wife.

When she accidentally pooped her pants at home, they both had a chuckle, but later when he shared this bathroom humor with their friends, he landed himself in the outhouse. Now he's turned to the internet to ask:

AITA (Am I The As*hole) for teasing my wife about pooping her pants?

So I(26m) and my wife (23f) have been together 4 years and are extremely comfortable with each other, nothing ever really grosses us out with each other. She also gave me permission to post this.

A few weeks ago, my wife shit herself. She was laughing, ate something she shouldn’t have, and it just happened. She was a little embarrassed, but later we laughed about it together and have made multiple jokes about it.