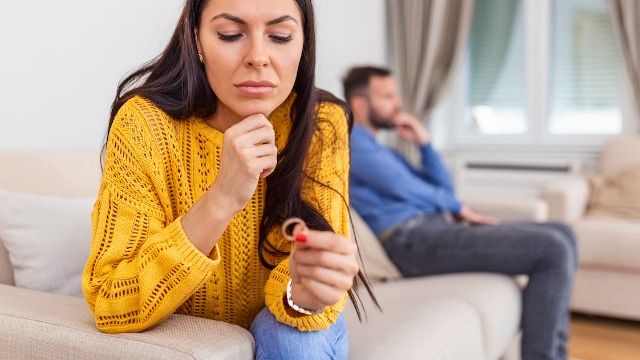 17 people who were married for less than a year share what went wrong.

About half of marriages end in divorce, so the odds ain't great for things to last "forever" as promised. But it usually takes at least a few years before sh*t hits the fan and things start to go downhill. Especially given how expensive weddings are, it makes sense that couples usually try to stick things out. So for a marriage to end in less than a year, things have to really go wrong.

In a popular Reddit thread, someone asked: "People whose marriage lasted less than a year, what went wrong?"

These 17 people whose marriages lasted less than 365 days share what went down:

The day after the wedding a sheriff showed up on our door step with child support papers for a 3 month old baby. Turns out he had been sleeping with his coworker. I was willing to look past the indiscretion but when he refused to take responsibility for his child I couldn't handle it anymore. The kid shouldn't have to suffer because his dad is an idiot. Divorce was final 11 month after our wedding day.