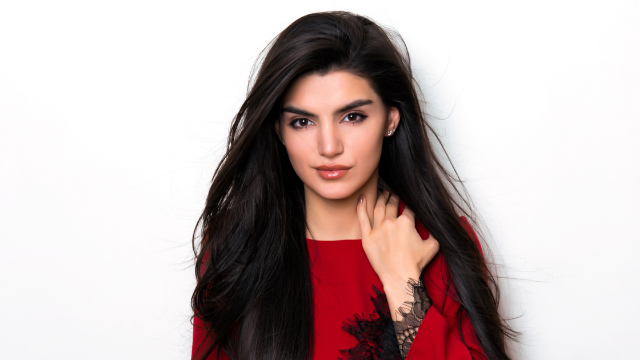 Guy on Tinder insulted woman's dress. Then the dress company helped her get revenge.

Ah, Tinder. When I first started using the app, I couldn't imagine why so many people were single! Within a few minutes of swiping, it became abundantly clear: the dating scene is a sea of nondescript people who can't hold a conversation. Even worse, if you're a woman looking for sex or dating, it's a veritable ocean of awful men. If you sleep with them too early, they'll hold it against you. If you don't sleep with them, they'll hold it against you and tend to the grievance like a garden. Every rose has its thorn, and among those roses grow ugly weeds that might call you a 'fat whore.'

Thea Lauryn Chippendale recently turned a terrible run-in with a Tinder match into a modeling opportunity - kind of. It started when 'George' insulted her and her ASOS dress for seemingly no reason. If it was an attempt at 'negging', a pick up technique that hasn't been fresh since Mystery had a VH1 show, it failed miserably.