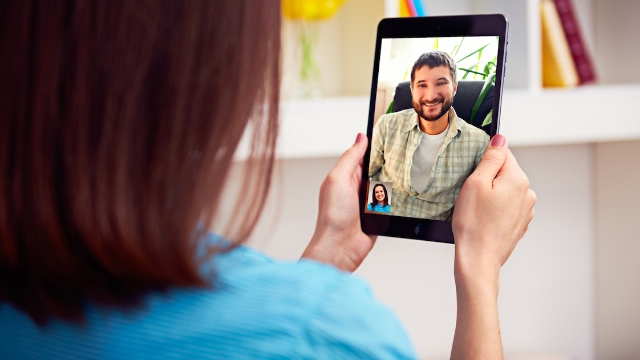 26 people share their most disastrous experiences with online dating.

Online dating is pretty much the norm these days when it comes to looking for love. But just because everyone's doing it (and doing it), doesn't mean everyone's doing it well. There are so many components: you have to make a compelling profile, woo someone electronically, and then transition into an in-person interaction without one or both of you dying of awkwardness and/or being disappointed. If you've struck out with online dating, you're in good (and plentiful) company.

People on Reddit are sharing their online dating fails. Here are 25 stories from people whose attempts at finding electronic love ended in disappointment and/or disaster:

Matched with someone on a dating website (before Tinder). Got to talking, seemed like a chill dude, even though there were red flags (he insisted we were dating before we met and I wasn't allowed to talk to anyone). Agreed to meet up with him at a cafe by work. Organised with my receptionist she would ring me at an allotted time and tell me I had to come back to work, so I had an out. Met with the guy for coffee, it seemed well enough, then my girl rang me, so I told him I had to get back. His response was "I've got my work van here, do you want to jump in the back and have a quickie?". I noped out of there and went back to work.

A couple of months later he ended up coming into my work to see my boss. I made polite small talk with him then when he left my boss called me into her office to ask how I knew him. Turned out he was married to my bosses niece and I dodged a fucking bullet.