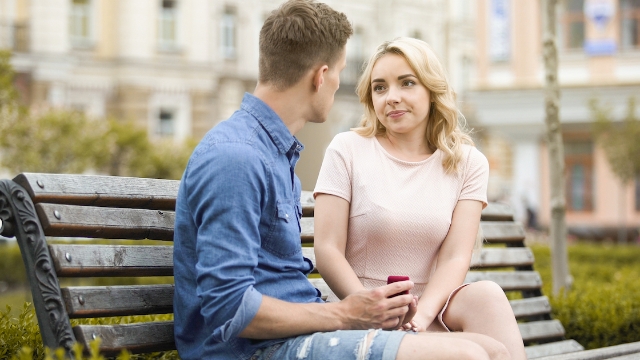 23 people who lost their virginity later in life (or never did) share their stories.

The most well-known adult virgin is probably Steve Carrell's character in popular comedy The 40-Year-Old Virgin. But in the real world, 30+ virgins are more common than you may think. People hold off on sex well into adulthood for all kinds of reasons: religion, fear, insecurity, procrastination, sexual repression, asexuality, trauma, or just not meeting the "right" person. There's no shame in being a virgin at any age: your body, your choice! That being said, if we learned anyting from 40-Year-Old Virgin, it's that it's never too late for a first time.

Someone asked Reddit: "People who lost their virginity after age 35 (or never did), what's your story?" These 24 people who waited until later in life to have sex (or still haven't done the deed) share their stories:

I'm 40 and still a virgin (something I never thought I'd be freely admitting on the internet to strangers, but there you go). Basically my parents told me from a really young age that I was ugly and weird and no one would want me. Any boy I did get close with, my mum pretty much scared away within a few days, then told everyone it hadn't worked out because I 'wasn't interested in that sort of thing'. To this day I don't know why she did this. Maybe it was a control thing, or she had some kind of hang up herself, no idea. Of course, people at school picked up on this, especially at primary school since my mother taught at the school I attended and so made comments about my appearance in front of the other students, who gleefully picked this up as prime bullying material.

Anyway, upshot was, that by the time I left home at 18 and went to college, I was convinced myself that I was ugly and weird and no one would want to go near me. I didn't bother taking care of myself or making any effort because I'd always been told there was no point. So it became a vicious circle kind of thing. I'm by no means a beauty but I realise now I'm not as hideous as everyone made out.

Even when I eventually realised that my mum was nuts and I had to be my own person, the damage was kind of done. No matter how much I try to be confident now, there's always that big bit of me that thinks, 'do I have a right to use a dating app, when really I'm such a waste of space?' or doesn't want to try anything like Tinder or whatever because you need to upload a picture and a big part of me thinks it'll put people off. People pick up on that lack of confidence when I speak to them IRL and it puts people off, which then eats away at my self-esteem even more, to the point where I really don't know how to fix this. To make matters worse, I got breast cancer six years ago and had to have some pretty extreme reconstruction because of the type of tumour it was and the damage it did, so I'm now covered in scars. The one bit of my body I used to be proud of was my boobs, and now they're completely horrible.

I know I've pushed people away, and can think of numerous times when men were hitting on me and I either didn't realise or didn't want to admit it because I was scared I was interpreting things wrongly and would end up making a fool of myself. So I reckon it's self-isolation for me for the foreseeable future.