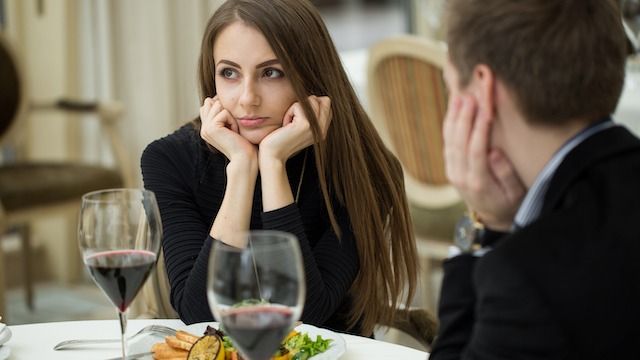 Woman asks if she's wrong for 'embarrassing' BF by splitting the bill at a fancy dinner.

When you're in a relationship, special events like birthdays and anniversaries are usually the time in which you show your partner how much you care. At least that's what Reddit user u/Good_Cheesecake_251 thought. When her boyfriend of 3 years botched her birthday and then wanted to hide the fact that they were splitting the bill on their anniversary dinner a few days later, she got upset. Now he's accusing her of embarrassing him and she's turned to the internet to ask:

AITA (Am I The As*hole) for embarrassing my boyfriend when we split the bill at a fancy restaurant?

I'm 25, my boyfriend is 35, and we have been together for almost exactly three years. In a funny coincidence, both of our birthdays and our anniversary (the day we met) all happen in the same week.