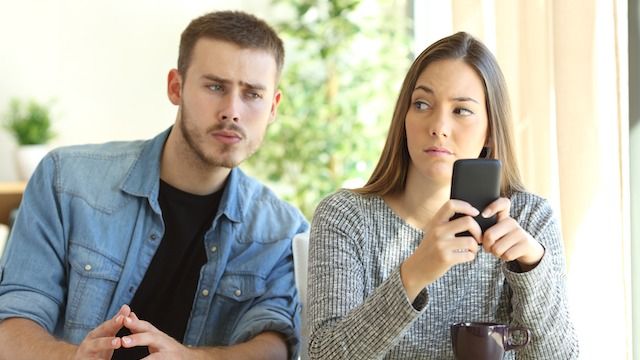 Woman asks if she's wrong to expose brother for tracking his fiancé's phone.

If your significant other was spying on you without your knowledge would you want to know? Reddit user u/tellornottell3 definitely thought so, that's why she wants to tell her brother's soon-to-be-wife he's spying on her.

As if that's not messy enough, her own boyfriend is the one helping her brother to snoop. They both want her to shut up and mind her own business, so she turned to the internet to ask:

AITA (Am I The As*hole) for wanting to tell my brother's fiancée about the tracking app he secretly installed in the new phone he bought for her?

Pretty much the title, My f22 brother m27 is currently engaged to his fiancèe f25. he bought he a new phone for valentine's and asked my boyfriend who's trained in computer and software to install a hidden tracking app on the phone so his fianceè won't see it or notice.

I overheard them talking and when I entered the room they went silent. I waited till my brother left then talked to my boyfriend, he denied having this conversation with my brother first then, admitted to installing the app on the phone.