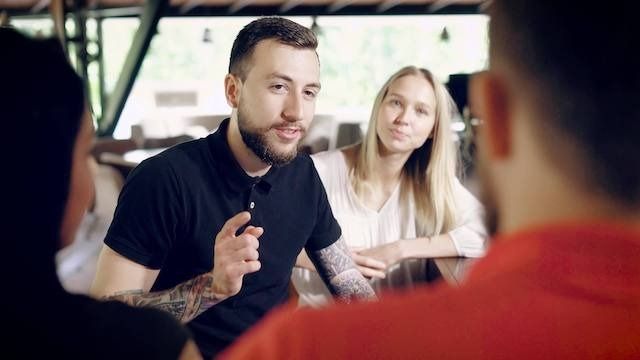 Woman asks if she's wrong to support husband after he shamed her brother's fiancée.

When you're married, should you stand by your man no matter what he says? Reddit user u/throwaAL9673 is wondering if her loyalty was a good thing after she sided with her husband against her brother in a fight over his fiancée, causing them to get kicked out of her brother's engagement party. Now she's turning to the internet to ask:

AITA (Am I The As*hole) for siding with my husband when my brother kicked him out of the engagement party?

It's a messed up conflict between my brother and my husband and by extension me.

So, My (f30) brother "Jacob, m33" and my husband "Connor, m32" have been friends since college. I met Connor through Jacob. they were so close and are always in agreement but that changed once Jacob's fiancee "Rachel" came around.

Connor told me that Rachel used to be this "fun" girl that slept with nearly everyone in the group. Jacob met her at the new company and they began officially dating. I too was shocked when I heard cause Connor told me about her a lot about her "glorious college days."