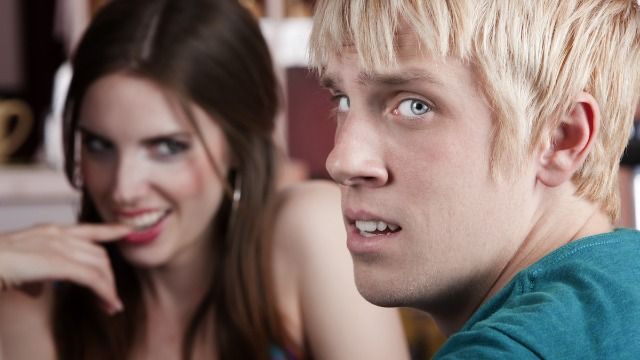 20 people share the creepiest 'romantic' gesture someone ever did for them.

Hollywood movies have led us to believe that the way to win someone's heart is through a grand romantic gesture. But in real life, strong romantic gestures—especially towards someone who may not feel the same way—are more likely to elicit an "ahhhh!!!" than an "awwwww."

On Reddit, both men and women are sharing the creepiest things someone ever did for them in an attempt to be "romantic."

Here are 20 responses about attempts at romance that crossed the line into straight up creepy:

My buddy's girlfriend showed up at my front door drunk and ready to bang. She professed her love for me and had built up this secret relationship between the two of us in her head. Like, we had our song and stuff like that. She said that the only reason that she was still with him was so that she could see me. I was pretty creeped out.

I was polite, but told her that I wasn't interested in anyway. I made sure that she got home safe and then called my friend to tell him what happened. When he confronted her, she said that we had slept together that night. He called me on speakerphone in front of her and asked what happened. I told him the same story I told him the night before. He broke up with her right there and threw her out of his house.

She emailed me about 6 months later to tell me that she missed me. I did not respond.