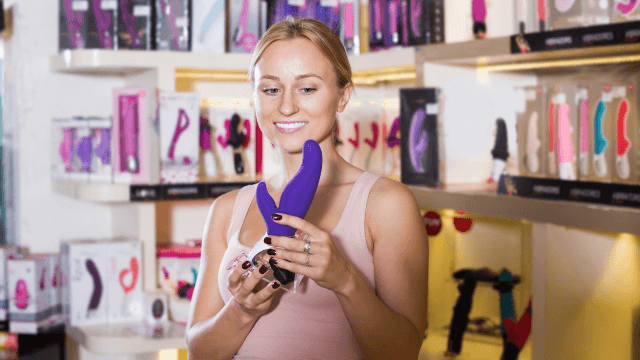 Sex shop workers reveal the most X-rated things that have ever happened with customers.

When you work at a sex shop, nothing is really Not Safe For Work, but by any other workplace practices, brave employees at "adult" stores have witnessed some hilarious, NSFW things on the job.

Just after I got out of the Army, in the late 70s, I worked at an adult theater running the projector, doing the lighting for the strippers, cleaning, and fixing shit. For the record, the sound system was the bomb, for the day, and there was nothing as grand as cranking up Dark Side of the Moon, after hours, and tripping out while cleaning the place up.

Anyway, aside from your usual run-of-the-mill creeps and weirdos, like the guy who would leave a used, green, condom in the middle of the aisle every Tuesday night, or the stripper who would fill her whoha with whipped cream and ping pong balls to launch into the front rows, it was not uncommon to have couples come in and get frisky. Almost always in the back rows. From the projection both, you could see them clear as day (most probably had no idea, others were likely hoping to get caught).

So, they hire this new kid and I'm teaching him how the projection booth works. It doesn't take him long to realize he can see what's going on in the theater and he takes to spending most of his "free" time sitting in the window where the spot lights are for the strippers.

His third or fourth night there, a couple sits right under the window, gets naked and starts fucking. The kid spots them and takes his seat, then starts leaning out to get a better look... Fell right out the window. Funniest shit I ever saw.