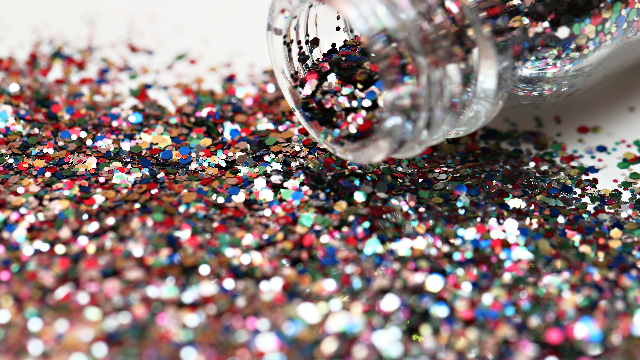 These vagina glitter capsules are a bad idea. Who would have thought?

In the history of the world, not one person has ever started to have sex with someone and thought or said "Hm. This vagina is ok, I guess. But what if there were more GLITTER on it?" While I don't know this for certain, I feel reasonably confident in saying so.

And yet, since at least 2010 when the "vajazzling" trend first emerged as a thing, people have been looking to make bank on what they seem to think is an overwhelming demand for sparklier vaginas across the globe. Despite the fact that, you know, that trend landed more than a few people in the ER.

Enter Passion Dust: "intimacy capsules" filled with some kind of glitter that you stick inside your vagina in order to make your sex-having time more, uh, glitter...ier. And also more "magically delicious," which I assume means that the glitter itself tastes like dehydrated marshmallows. The capsules are sold and marketed by someone calling herself madam.butterflie on Instagram, and sold by her company "Pretty Woman Inc."

The site explains their purpose... sort of: