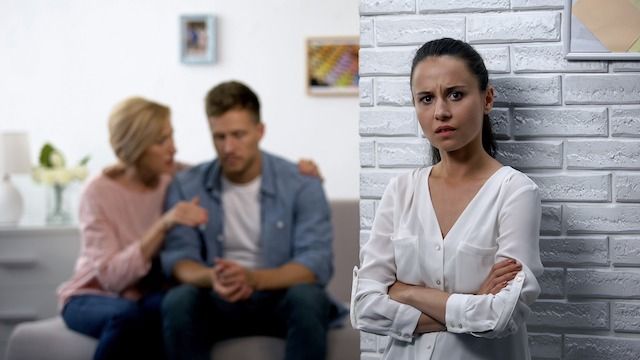 Not liking your mother-in-law is pretty common. That's why those jokes have been around since the dawn of comedy. Most of the time, people just put up with the snark and side-eye coming from their MIL to appease their spouse, but Reddit user u/Leviianan had other ideas.

She sneakily figured out a way to keep her future mother-in-law from attending her wedding. The plan went off without a hitch, except for one thing, the person she is supposed to get hitched to had no idea. He's deeply hurt by the betrayal.

Now this bride-to-be is asking the internet:

AITA (Am I The As*hole) for intentionally choosing the same wedding date as Mother-In-Law's best friend?

MIL has always had a way of making me feel very small. We used to have a totally volatile relationship but then my fiancé did the work and set boundaries. She pretty much stopped speaking with us outside of holidays or obligatory family stuff.