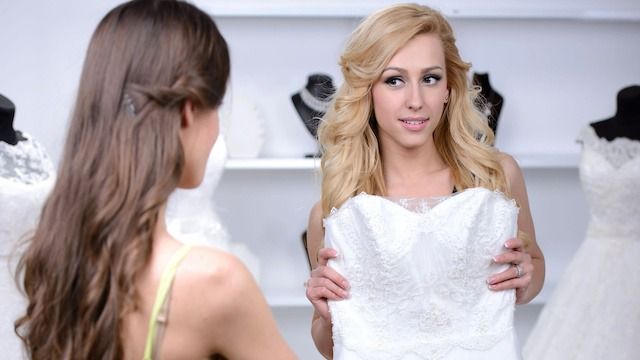 Bride asks if she's wrong for selling wedding dress so sister can't have it.

Sibling rivalries are nothing new, sisters fighting over clothes is a tale as old as time. But when it comes to something as special as a wedding dress, the stakes are high.

When Reddit user u/Scary-Worry-5204 could not get married because her groom-to-be literally disappeared (more on this later) her sister felt like she should wear the wedding dress to her own wedding instead. This heartbroken fiancée basically said "hell no." She sold her dress just so her sister could not wear it down the aisle.

Now she's asking the internet, "AITA (Am I The As*hole) for selling my wedding dress, so my sister can't have it?"

Hello people, I am a 30 yo American woman. I was in a relationship with my boyfriend, and later, fiancé for 5 years, we had an amazing relationship, and I still love him.

The thing is, he is from a foreign country living in America, he took care of some family franchise here, and my mom and my sister never liked him, they never gave me a reason to dislike him, so I assume It's because he isn't white. My mom is very old-fashioned and always badmouths non-white people, so that makes sense to me.