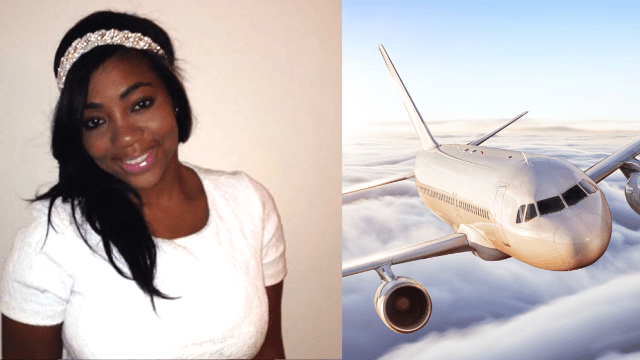 How much is a wedding day worth? According to one bride and her team of attorneys, the most important day of your life has a price tag of $3.4 million.

NJ-based bride Yewande Oteh traveled on American Airlines from Philadelphia for her destination wedding in Montego Bay. According to The Cut, she brought her wedding dress aboard, and was told by a ticket agent that she could store it in the plane's employee closet. When she boarded the plane and attempted to hang up her dress, American Airlines flight attendant Melanie Masters allegedly became “indignant and agitated.” Oteh was directed to put the dress (which was stored inside a garment bag) in an overhead bin.

Here's where things get really sketchy. Oteh left her dress in a bin in the first class cabin and returned to her own seat in economy. The dress was stored overhead and inside a garment bag — but somehow, when she landed, she discovered the dress had been stained with red wine.