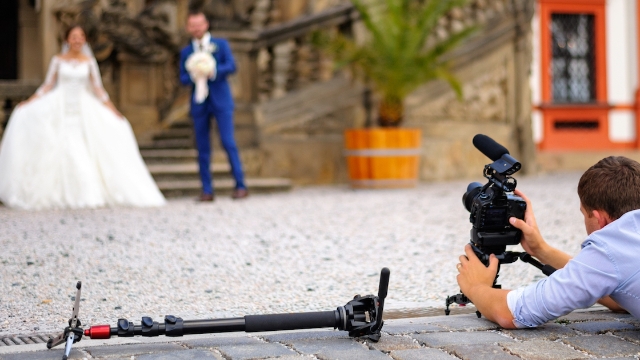 24 people who've filmed weddings share the worst moments they ever caught on video.

No wedding is perfect, sorry brides (and grooms). No matter how expensive the venue, how cute the wedding hashtag, or how much you hone your guest list, there are bound to be some messy, uncomfortable or cringeworthy moments. No one knows this better than people who film weddings. Though the official wedding video may show only the highlights, the lowlights often get caught on camera, too. And though they may end up on the cutting room floor, they won't disappear from memory. Especially since videographers tend to be more sober than most of the guests.

Someone asked Reddit: "people who have filmed weddings, what is the worst thing you've caught on camera and had to remove from the final video?" These 24 people share stories of the cringey, crazy and hilarious wedding moments they left out of the final cut:

The father of the groom was making his speech, and got to a touching part about his wife, mother of the groom, who had passed away recently. I was filming from the back but got his sound okay, but there were a bunch of little kids near me playing quietly until one of them yelled "GODDAMMIT! F*CK YOU!" right as the father was tearing up. Nobody seemed to notice but it was plain as day on the tape, so I had to do a lot of delicate chopping on that one.