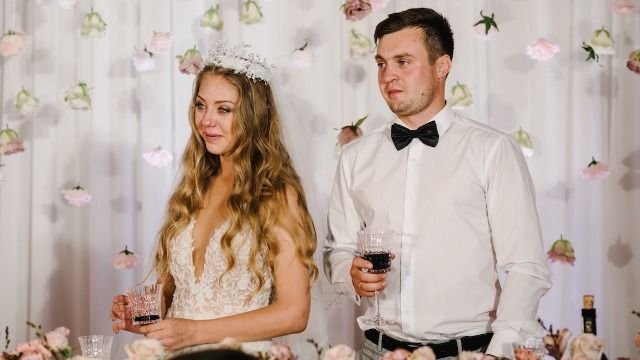 22 married people share the one thing they regret doing on their wedding day.

Your wedding day is supposed to be the best day of your life, according to the multi-billion dollar wedding industry. And a lot of pressure falls on the bride and groom (let's be honest, mostly the bride) to make sure everything turns out perfectly (an impossible feat!). As long as at least a few people showed up, and you ended the day with a new husband or wife, as planned, you should consider your wedding a success! But expectations for this particular life event are so high that most married people have a wedding day regret or two (or twenty). Let's just hope that regret is not the person you married.

Someone asked Reddit: "What's the one thing you regret doing for your wedding day?"

These 22 married people share the one thing they most regret doing (or not doing) on their wedding day:

My DJ was f**king horrible. I chose the cheapest one I could find and my god.. showed up so late my aunt had to go and buy a big speaker so we could do it ourselves, then when he got there he fought with ours guests. Then he played none of the music I asked for, until my cousin went up and asked him to stick to the what I had picked. (I’m not even overly picky it was all songs in other languages and really obscure stuff.) He then tried to perv on my cousin for the whole wedding, after she told him she was married.. and he still tries to message her on FB despite that the wedding was in MA and she lives in TN..