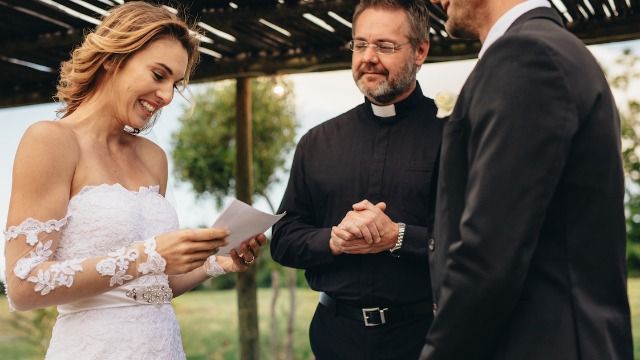 15 people who’ve witnessed an ‘objection’ at a wedding share their stories.

Although the tradition has been mostly phased out, there was a time when traditional wedding ceremonies often included a variation on this line from the officiant: "if anyone can show just cause why this couple cannot lawfully be joined together in matrimony, let them speak now or forever hold their peace." In movies, this is when the jealous ex bursts in through the door of the church to confess their love for the bride or groom. In real life, this is followed by a few seconds of tense and awkward silence. But apparently not always.

Someone asked people of Reddit who have witnessed a real life wedding "objection" to share their stories.

These 15 people spill the dirt on what happened when someone was brave (or drunk) enough to actually object at a wedding:

Back in the late nineties I was invited to the wedding of a guy I was in the army with. He married his girlfriend from Uni in his southern (Italian speaking) swiss Hometown-Church, all very traditional. During the ceremony a girl crashes thru the door, obviously drunk as hell, and starts cursing in Italian that the bride can not get married in white in a church as she is not a virgin and is not "pure".