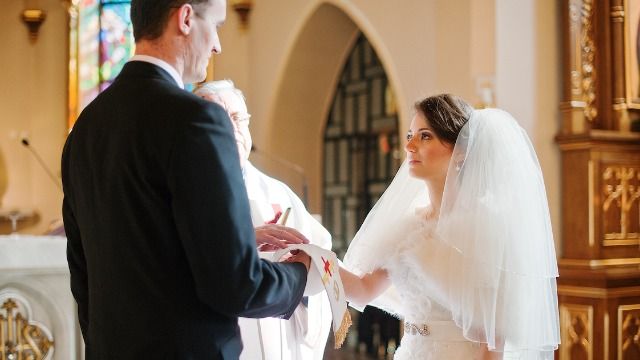 19 people share stories of weddings that got called off during the ceremony.

If you shell out all the cash involved in a wedding, and invite all your friends and family, you probably hope to end the day happily married (or at least, married). And while most weddings do end in marriage, there are some that end in disaster (there is no in between). Apparently, weddings getting called off on the day of is more than just a trope in Hollywood movies.

Someone asked Reddit if anyone had attended weddings that got called off at the altar or interrupted mid-ceremony. Turns out, a number of people had (or knew someone who had).

These 19 people share stories of wedding ceremonies that did not exactly go as planned:

I attended a wedding where the groom, when asked to say "I do", passed out straight away, falling down a small flight of stairs. After coming to a few seconds later, he got a look of panic in his eyes and ran out of the building.

Five minutes go by. Someone goes out after him. Then 10. Then 20. Several people have left now to see what's going on. Now people are wondering if he'll come back at all.