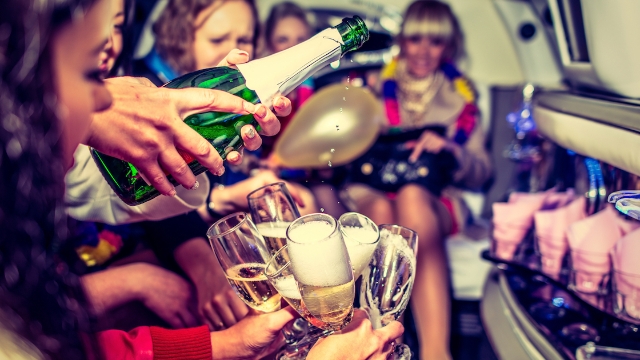 19 women share stories about the worst bachelorette parties they have ever attended.

BACHELORETTE PARTIES = a stressed out bride + 5-15 of her "closest" friends and family members + societal pressure to have the "best" night ever before her freedom is taken away + penis paraphernalia + a male sex worker (sometimes) + copious amounts of alcohol. What could possibly go wrong?! Turns out, a lot.

Bachelorette parties have a bit of a reputation for going off-the-rails, and not always in a fun way. Someone asked Reddit "what was the worst bachelorette/hen party you ever attended?" These 19 women shared their horror stories.

Strap on your penis hats and enjoy the ride.

The bride was a friend from school, she's a wonderful person. For context, she is from Ukraine and we lived in Ireland, so I'm sure a lot of what went on was normal for her and just bizarre for me.

So the hen party was to meet at a Crystal Maze style adventure room. We were told to dress comfortably, all in black. So there was about 12 of us total, all but myself and another schoolfriend weren't Irish, so they spoke Russian the entire time. Note, they all could speak English perfectly, but refused to. Also, apparently myself and my school friend (let's call her L) were the only ones to get the "comfy clothes" memo, cos everyone else showed up in mini skirts and heels while we wore leggings and baggy t-shirts. No big deal! We had to group in 4's for the adventure rooms, tbh this part was fine except for trying to work out the puzzles in 2 different languages.

After, a limo picked us up outside. We spent a good 30 minutes posing for photos outside the limo, very cringey poses (leaning over the hood, legs up, "pushing" the limo). The photographer would spend ages setting up each photo, giving instructions in Russian, leaving me and L awkwardly trying to figure out what everyone else was doing. He would bark instructions to us in English about 0.02 seconds before taking the pic, resulting in some of the most awkward looking photos I have ever seen.

The limo brought us to a local park to pose for more awkward photos, there's several where you can see me physically cringing at the overly sexual scenes he was setting up. Literally hands covering my face trying to hide from the people watching.

We then went to the club, a typical loud, overpriced place with shitty pop music, where the MOH proceeds to get so drunk she pissed herself and had to throw her knickers in the bin, then disappeared to hook up with the guy she was seeing. Bride was so pissed off with her she sacked her as MOH and asked me to do it instead. The wedding was the following week, and that is a whole other story of cringe 😂

I'm sure this tame compared to most stories, and it's certainly wasn't the worst night I'd ever had, but the level of cringe is really the lasting feeling I have when I remember it!