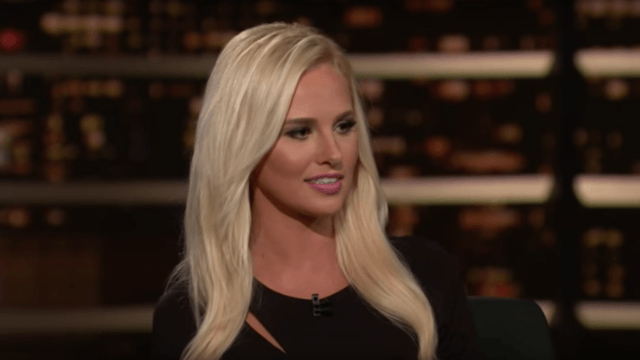 Friday, on Real Time with Bill Maher, conservative political commentator and notoriously bad tweeter Tomi Lahren was pressed on the issue of racism, The Daily Beast reports. First she was asked whether she thought a black president would face more scrutiny than Trump if he was doing and saying the same things. Lahren responded that she personally wouldn't judge them any differently because of the color of their skin, but was unwilling to say whether she thought the general public would have a racist response. The fact that anyone wouldn't say agree to the idea of a black man being lambasted far harsher than a white man for bragging about sexual assault is already shocking. It reveals a very narrow understanding of the pervasive and systemic double-standard for black Americans, who are asked to achieve far more to garner the same amount of respect as a less-accomplished white person. But it gets worse from there.