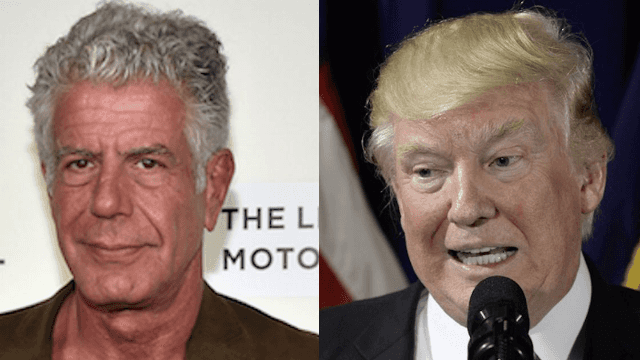 There's one meal that Anthony Bourdain wouldn't want to eat.

Anthony Bourdain will eat, it seems, just about anything. But when it comes to who he'll eat with, the celebrity chef a little more discriminatory. Bourdain ate with President Obama last year in Vietnam, but according to the New York Daily News, he's definitely not into the idea of eating a meal with Donald Trump.

At a recent event, Bourdain told the Daily News:

“I can’t see the point, he only talks about himself and he’s only interested in himself. I can't see that as being scintillating dinner conversation. Plus he eats his steak well done. I think that really settles it.”

Anthony Bourdain had basically the same opinion on dining with Donald Trump when he spoke with The Wrap in September: