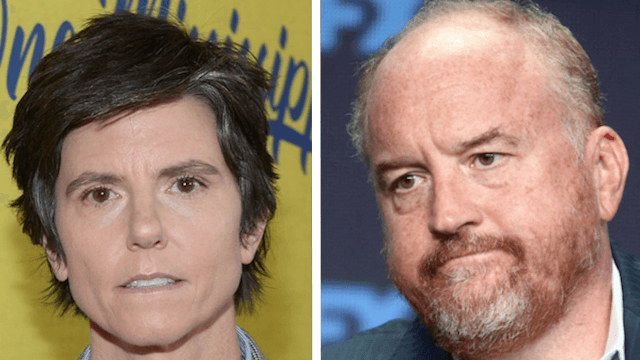 Hooooo boy, this could get messy. In an interview with the Daily Beast published Wednesday, comedian Tig Notaro addressed allegations of sexual misconduct against fellow comedian Louis CK, who also executive produces her new Amazon series, One Mississippi. The topic came up during a discussion of a sexual assault plot-line on the show, which involves a "man in power who masturbates in front of a woman in the workplace." This is eerily similar to the accusations that have dogged C.K. for years.

ICYMI: the now defunct website Gawker (RIP) published a piece five years ago called "Which Beloved Comedian Likes to Force Female Comics to Watch Him Jerk Off?" Three years after that, they published an article that named names, called "Louis C.K. Will Call You Up to Talk About His Alleged Sexual Misconduct."