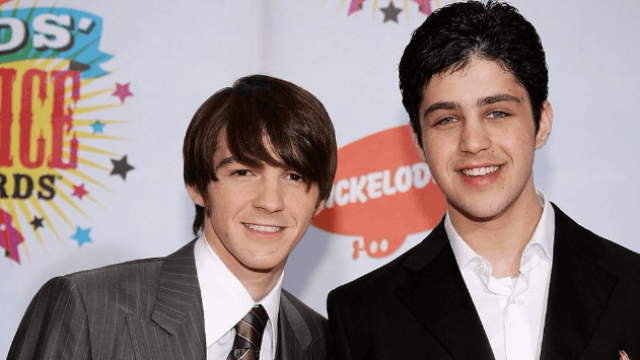 Drake Bell is still blabbing about his non-invite to Josh Peck's wedding.

In an interview with People, Bell elaborates on how he felt when he found out his on-screen BFF was getting married via Instagram. Bell maintains that there are "no hard feelings" — but it seems like feelings are still raw enough that he was willing to open up about it to the press. "I was caught off guard,” said Bell. “I hadn’t heard of anything about it.”

“He’s been my best friend for 18 years,” explained Bell. “In all honesty, we talk all the time, we’ve been talking. I was just expecting…”

Bell is as surprised as we are that he's back in the news this year. "That was a shock,” he says. “I didn’t think it would be that big of a deal. I did not realize that it was going to have such a viral affect." Now that he does know, of course, it seems like Bell is enjoying his extra fifteen minutes of fame.