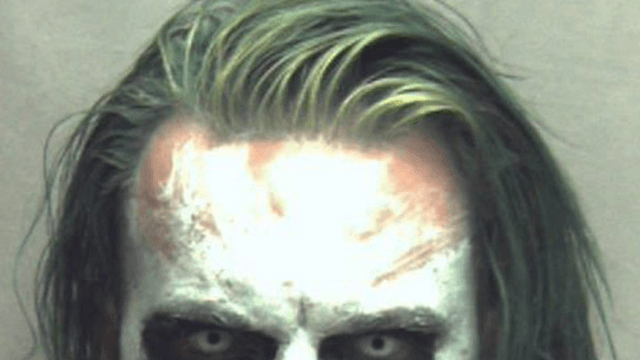 Sword-wielding Joker has the most terrifying mugshot of all time.

Hey, how have you been sleeping lately? Good? Cool, well not anymore, because this mugshot of some dude in full Joker makeup will probably keep you up at night.

According to Winchester Police Department spokesperson Commissioner Gordon Jennifer Hall, several concerned citizens called 911 and reported seeing a man dressed like The Joker carrying a sword. Thirty-one-year-old Jeremy Putman was later arrested and charged with wearing a mask in public, a felony that could result in up to a year in jail.

Yeah, that is a thing you can actually be arrested for!