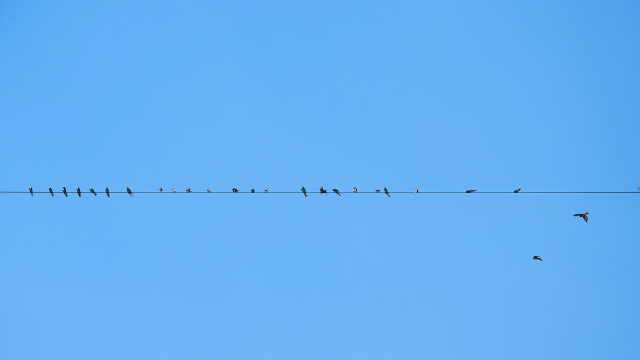 This guy tried to skip out on his hotel bill by climbing a telephone wire. Worth it?

In Guizhou, China, a man trying to avoid paying his hotel bill came up with the brilliant idea to escape via the nearby telephone wires. He was trying to get to another building, across the way from the hotel. Spoiler alert: he did not make it. But he also didn't die, either. People with a fear of heights, LOOK AWAY!

Videos were taken by multiple onlookers. According to Mashable, the man seems to end up trapped between two wires about 19 stories up.

China Daily mentioned that the man was very near a bunch of high-voltage power lines. So besides not falling 19 stories, this guy is also super lucky he didn't touch one of those.