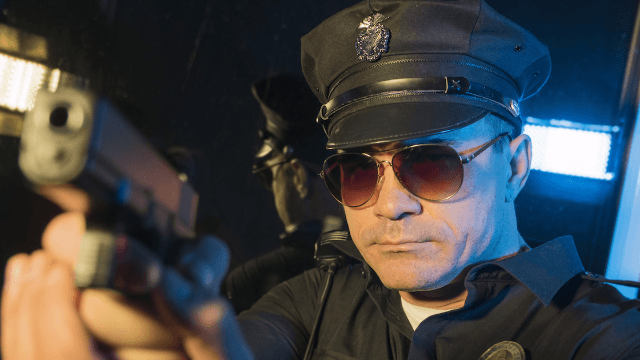 Movie sets are places where sometimes the line between reality and fiction blurs. For example, a police officer in Crawfordsville, IN, received a report of a masked man inside a local bar. The officer went to the bar, found the masked man, and fired a single shot in his direction, just barely missing him. Well, wouldn't you know it, ha ha ha, the masked man was just part of a movie crew filming inside the bar, and his gun was just a prop.

Turns out that, according to the police, the production team did not notify the proper authorities about the film shoot, which caused the mix-up.