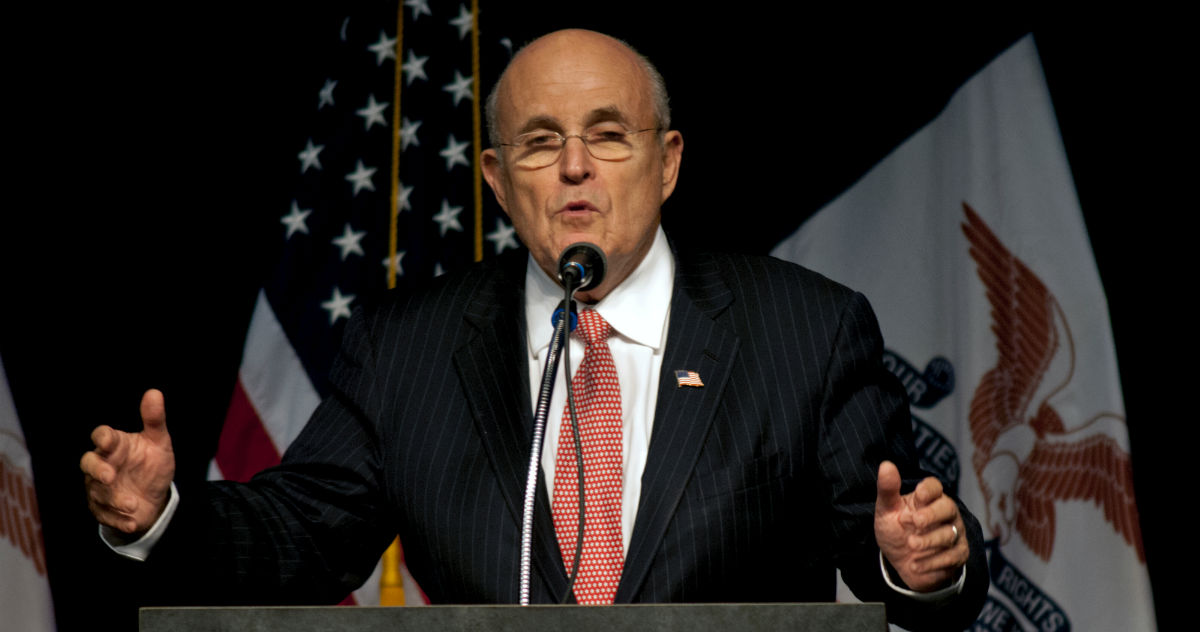 Sometimes, the internet gives us completely unexpected gifts and all we can do is accept them without asking questions. This is precisely what happened when Rudy Giuliani tweeted a typo that created a link during a recent rant about how Robert Mueller’s investigation is “out of control.”

For full effect you must first read the tweet where he’s obviously freaking out about recent indictments and the hovering guilt of President Trump.

Mueller filed an indictment just as the President left for https://t.co/8ZNrQ6X29a July he indicted the Russians who will never come here just before he left for Helsinki.Either could have been done earlier or later. Out of control!Supervision please?

Beyond the general manic tone of the tweet itself, you may have noticed Giuliani forgot to create a space between G-20, and .In which in effect created a link.